Viruses are small infectious agents that need the machinery of a host cell to produce multiple copies of themselves. Viral infections initiate immune responses that usually eliminate the infecting virus. Nevertheless, viruses can evade the immune response and induce serious diseases such as AIDS, Influenza, and SARS. Influenza has a history of devastating global pandemics that could develop due to biological properties of the virus. A greater threat to public health are regular seasonal epidemics that are dangerous especially for susceptible individuals, e.g. for elderly or immuno-compromised patients. The underlying dynamics of the interplay between virus and immune system depend not only on the virus, but also on the particular immune system of each individual patient. Using a control theoretic approach, we investigate critical parameters for the control of viral infections, paving the way for a more personalized therapy of viral infections, like Influenza and HIV.

Understanding  and controlling the immune response to influenza with cytokine networks

The immune response to influenza and other infectious diseases is a tightly regulated process. Host cells for the virus and immune cells secrete cytokines, which form a highly connected complex network. Our working hypothesis is that the state of the cytokine network reflects the state of the infection and the immune response against it. A deeper understanding of dynamics of the cytokine network will help to disentangle the role for viral clearance of different immune strategies and their crosstalk. In cooperation with the groups of Klaus Schughardt (HZI) and Rainer Straub (Regensburg, Germany), we develop quantitative models for the cytokine network in the context of influenza infections with the goal to generate a predictive tool for understanding influenza infections and optimising therapy.

How does ageing affect the immune response to influenza infections?

The consequences of influenza virus infection are generally more severe in individuals over 65 years of age. Immunosenescence enhances the susceptibility to viral infections and renders vaccination less effective. Understanding age-related changes in the immune system is crucial in order to design prophylactic and immunomodulatory strategies to reduce morbidity and mortality in the elderly. In cooperation with the groups of Franklin Toapanta (Maryland, USA), Ted Ross (Pittsburgh, USA), Carlos Guzman (HZI) and Alan Perelson (Los Alamos, USA), we proposed different mathematical models to provide a quantitative understanding of the immune strategies in the course of influenza virus infection using experimental data from young and aged mice. Simulation results suggested that CD8+ T cells rather than NK cells are most important for adequate viral clearance in young and aged mice. The models predict that the increased levels of pro-inflammatory cytokines associated with “inflammaging” promote slower viral growth in aged mice, which consequently limits the stimulation of immune cells and contributes to the reported impaired responses in the elderly. This result shifts the paradigm of a weaker immune system in the elderly to a weaker viral replication potential in the elderly, which has implications for treatment strategies. These results were derived from mice, and are currently extended to humans.

When to start and switch treatment in HIV infection?

HIV is a widespread viral infection without cure. Drug treatment has transformed HIV disease into a treatable long-term infection. However, the appearance of mutations within the viral genome reduces the susceptibility of HIV to drugs. Therefore, a key goal is to extend the time until patients exhibit resistance to all existing drugs. Current HIV treatment guidelines seem poorly supported as practitioners have not achieved a consensus on the optimal time to initiate and to switch antiretroviral treatments and whether the treatment switch should be done proactive or in response to virological failure. We contribute to this discussion with predictions derived from a mathematical model of HIV dynamics. Our results indicate that early therapy initiation within 2 years post infection is critical to delay AIDS progression. Proactive switching of therapies is only beneficial when the time between subsequent therapies is shorter than 100 days. For patients who have not received any therapy during the first 3 years post infection, switch in response to virological failure may outperform proactive switching strategies. 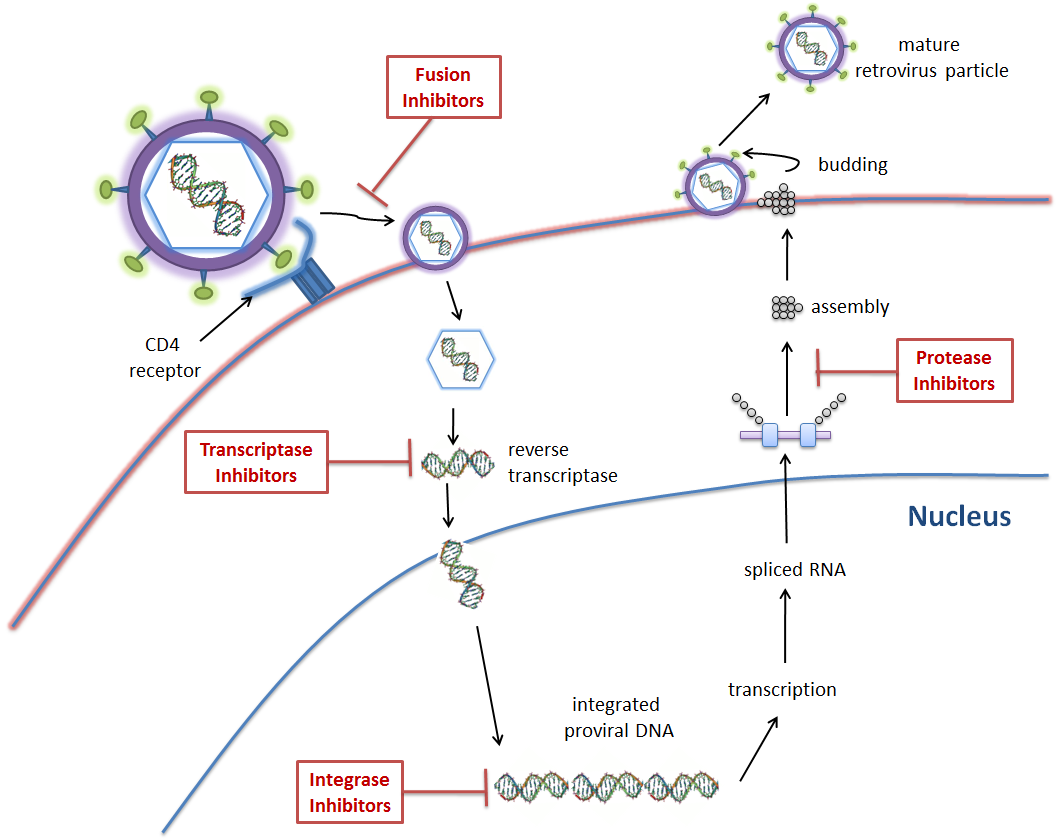 Back to project overview