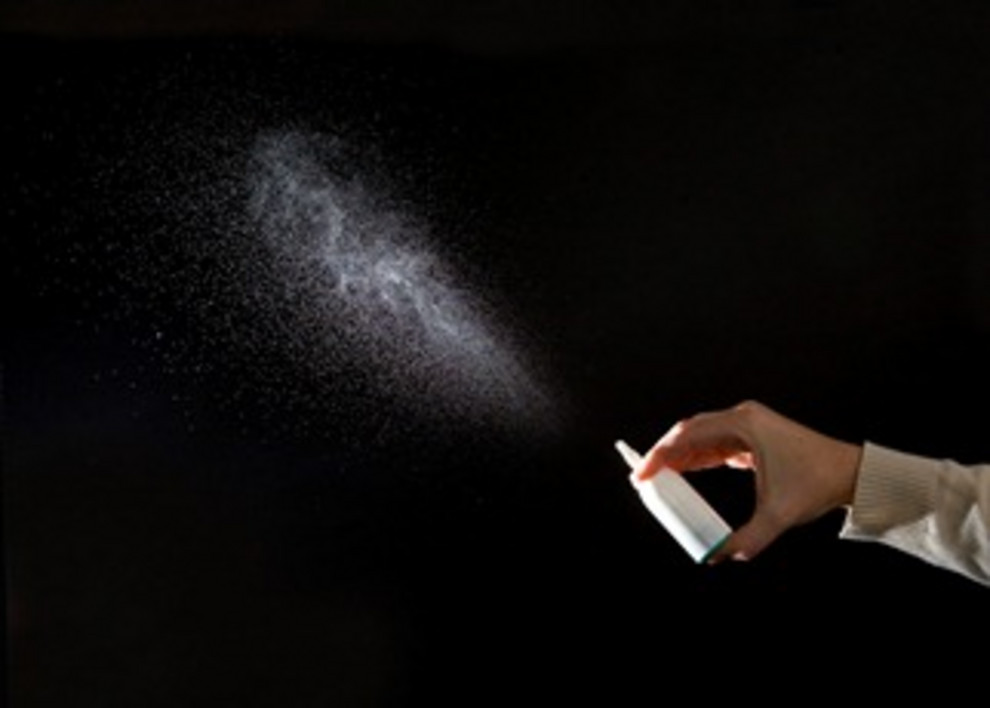 Vaccination affords the best protection from many infectious diseases. Vaccines are usually administered with a syringe, but researchers are working on alternatives – like a nasal spray or a vaccination cream. These would not only avoid the unpleasant injection, but even increase the effectiveness.

Vaccines usually contain killed or attenuated pathogens and are injected into the patient. This ensures that the entire vaccine truly ends up inside the body. Recognising the pathogens in the vaccine as dangerous foreign material, the immune system prepares itself for defence. The administration by injection with a syringe has its drawbacks as well: It is not the natural pathway of infection and the elicited immune response therefore does not always afford optimal protection from the pathogen. Vaccination also requires trained personnel that simply is not available everywhere and at all times, especially in less developed countries.

To be able to vaccinate significantly more people throughout the world, it would be more useful to have vaccines that can be administered in the form of a nasal spray or a cream passing through the skin. They would not only be easier to use, but also have a crucial benefit in that they mimic the natural infection process. Most pathogens penetrate into the body through the mucous membranes. If these barriers were immunised by a vaccine, they might repel the pathogen directly. They would not only provide protection from the outbreak of the disease, but even earlier, i.e. during the infection process. As a consequence, vaccinated individuals would not even be colonised by pathogens and therefore would not transmit diseases to their fellow human beings. However, a disadvantage of non-invasive vaccination methods is that only small amounts of the vaccine reach the immune cells resulting in a reduced efficiency.

"We are working on making vaccines effective enough for administration via the skin or the mucous membranes," says Carlos A. Guzmán, who directs the Department of Vaccinology and Applied Microbiology at the Helmholtz Centre for Infection Research (HZI).

"The safety of the patients always comes first and consequently there is a steady trend towards vaccines that contain only components of pathogens." Although this increases the safety, it reduces the efficiency because the immune system no longer considers the components to be hazardous. There is a solution to this problem: Biological nanoparticles that deliver antigens along with so-called adjuvants. These aiding substances – such as the cyclic-dimeric-adenosine monophosphate (c-di-AMP) originating from bacteria – can reinforce the vaccine, since they signal the immune system that a hazard is present.

"This form of administration targeting the nasal mucosa can activate the immune defence not only in the airways, but in the entire body."

The focus of the HZI is mainly on mucosal vaccination. Aiming at the mucous membranes, this form of vaccination can take place in the form of a nasal spray. "This form of administration targeting the nasal mucosa can activate the immune defence not only in the airways, but in the entire body, and is therefore versatile in use – e.g. against respiratory pathogens such as influenza viruses (flu) and pneumococci (pneumonia), against diarrhoeal pathogens such as salmonellae or EHEC and even against HIV or human papilloma viruses causing cervical cancer," says Guzmán.

In our HZI info centre you will find further information, podcasts and news about the nanoparticles.

Biological nanoparticles are detected by the immune system due to their sheer size and thereby increase the visibility of the components of the pathogen as well. In addition, they protect the vaccine from defensive biochemical responses of the body – such as enzymes or changes of pH. Suitable nanoparticles consist of e.g. lactic and glycolic acid and are already used commonly in medicine. Scientists of the Helmholtz Institute for Pharmaceutical Research Saarland (HIPS), a branch of the HZI, produce these particles in-house and are working steadily on the optimisation of these particles. Their aim: Vaccination via the skin. In this non-invasive method, the vaccine is simply applied to the untreated skin. "The nanoparticles penetrate through the hair follicles into the skin and elicit an immune reaction in the body," says HIPS researcher Hanzey Yasar. "A vaccine of this type would be very easy to administer and would certainly be well accepted by the population."

Since only a small amount of vaccine actually enters the hair follicles, Yasar and her research colleagues loaded the nanoparticles with an additional reinforcing adjuvant. In initial experiments, a protein was used as the antigen, i.e. as a foreign substance, to which the immune system was to respond. Using this approach, the researchers managed to elicit an immune response against the protein by simply applying it to the skin. "In the next step, we aim to use nucleic acids bearing the information for an antigen in place of the protein. This would be advantageous since nucleic acids can be adapted more flexibly to a certain disease," explains Hanzey Yasar. However, before the new nanoparticles can be used in clinical applications, studies using various animal models are required. A vaccine of this type can therefore be expected to require another five to ten years of development before it reaches the market.

There are no results