The Super Striker: How herpesviruses dribble out the immune system

Herpesviruses use sneaky tricks to permanently establish themselves in our cells and to spread efficiently in the population.

If we imagine viruses and human immune cells as opposing soccer teams, we would observe a spectacular game: The viruses have barely gained possession of the ball and they are already storming down the field towards their goal. If the defence players and goalie of the opposing team, the human immune cells, do not reach their positions quickly enough the viruses’ goal cannot be prevented and a human is infected.

Nevertheless, the human immune system is extremely observant and a quick learner. Normally if a virus attacks a cell, this cell sounds the alarm for itself and its neighbours. It also releases messenger signals, a cry for help from additional cells—one player is calling the strikers and defenders into action.

The defenders, made up of immune cells like macrophages, natural killer cells, and dendritic cells, hasten to the rescue. If a goal has been made and a cell is infected, that infected cell displays a small fragment of the virus on the cell surface. This signals to some of the strikers, the T cells, that they need to start their counterattack. Next, more strikers, the B cells, are brought into the game. The B cells produce antibodies and together with the T cells build longterm immunity; they keep watch and are well prepared for the next virus attempt on the goal. Because of the immune cell team, the virus barely has a chance to win the game, or establish itself in the body.

While the host may have a good soccer team, herpesviruses are an extremely challenging opponent. They are not just any striker—they have the qualities of a super striker like Cristiano Ronaldo. They use elegant tricks to dart past their opponent: “The viruses understand the immune system extremely well and during their evolution, they have developed sophisticated countermeasures to cleverly evade the host’s defences,” explains the biologist Melanie Brinkmann, group leader at the Helmholtz Centre for Infection Research (HZI) and professor at the Technische Universität Braunschweig. “I would even go one step further—the herpesviruses force their opponent to make an own goal.” Herpesviruses deploy an entire arsenal of strategies and tools to prevent or weaken the host’s defences. In fact, the viruses use their proteins to prevent the infected cell from even realising that it is infected or threatened. This gives the virus enough time to infect host cells and multiply effectively.

Melanie Brinkmann has dedicated most of her research career to herpesviruses. She sought a challenge in the extremely complex herpesviruses: Their genome, which is made up of doublestranded DNA like the human genome, contains genetic information to produce more than 200 proteins. In comparison, hepatitis C virus, which can also cause lifelong infection in humans, only encodes ten proteins. For many people, only one member of the herpesvirus family is well known—herpes simplex virus 1 (HSV-1), which leads to unpleasant cold sores. In fact, however, scientists have identified nine herpesviruses that can infect humans. They cause a variety of illnesses and pathologies ranging from chicken pox and infectious mononucleosis to cancer. One herpesvirus family member that is largely unknown and underestimated in the population is cytomegalovirus (CMV). In Germany, though, at least every second adult is infected with CMV. In most cases, the infection is mild, but in patients with a weakened immune system, CMV leads to serious complications including pneumonia and liver inflammation. CMV can also cause severe developmental disorders in children whose mothers are infected during pregnancy.

Herpesviruses owe their successful spread to their complexity, which has enabled them to effectively slow down the human immune system in several different ways. Understanding their success in detail will help scientists to be able to better target them. Brinkmann’s team studied the impact of CMV on a host protein known as STING. Normally, when a cell is infected, STING is activated, triggering several chain reactions or signalling pathways, and resulting in multiple immune responses. One of these signalling pathways is particularly effective at raising the emergency alert level in both the infected cell as well as its neighbours. The CMV protein m152 precisely targets this emergency alert pathway. STING also activates a second signalling cascade, but CMV needs this second pathway for its own replication and leaves it unaffected. Through m152, CMV outsmarts part of the immune response while at the same time utilising a separate part of the immune response for its own purposes—leading to the aforementioned own goal of the immune system.

The game between these two opponents, the herpesviruses and the immune system, usually results in a draw, but it can quickly get out of control if the immune system is weakened or too active. The health of the host is at risk if it faces too much pressure from the virus. This in turn is counterproductive for the virus, which needs to establish itself in the host and spread. The virus manages this balance through a latent phase. After the immune system controls the primary infection, the virus goes into a type of dormant state from which it will only occasionally wake up to reproduce itself, a stage known as reactivation. This can be observed in the case of cold sores caused by HSV-1: The cold sores are not permanently present, but rather only appear occasionally.

“Sleeping” herpesviruses survive in the body

The balance between the latent and active proliferation phases of the virus is one of the research focuses of Prof Luka Cicin-Sain, who is the head of the “Immune Aging and Chronic Infections” research group at the HZI. He aims to understand how the virus maintains its presence during the chronic phase; in particular, how the immune system and the virus come to terms so both can coexist largely undisturbed. This is highly relevant as acquired immune deficiencies may reactivate the virus, which may cause disease or even be fatal. Infected individuals usually do not notice the latent infection, but CMV keeps the immune system very busy: “Approximately ten per cent of memory T cells specifically target CMV,” says Cicin-Sain. This is a huge fraction if one considers the thousands of pathogens that humans are exposed to over the course of their lives, many of which induce immunological memory.

Considering the high prevalence of CMV in the German population and the CMV immune signature, surprisingly little is known about this virus. CMV is thought to be transmitted by droplet contact, but this is not clearly established, because the clinical symptoms are often mild and always unspecific.

If a typical CMV infection is mild, is it even harmful for people with an intact immune system? Or does it impede the immune system in its fight against other pathogens, considering that more than ten per cent of its memory cells are busy with CMV? “In general, proving a negative is much more difficult than proving that something occurs,” cautions Luka Cicin- Sain. In one study, he was able to show that the immune systems of CMV-positive subjects appear to work similarly to those of CMV-negative subjects in terms of recognising and controlling influenza and other pathogens. The field seems to agree with this conclusion. However, other studies have shown that atherosclerosis and related diseases, such as heart attack and stroke, are more common in CMV-positive individuals. Whether CMV is a cause of atherosclerosis or simply a bystander in these patients is an open question. Scientists are still seeking experimental proof. Research collaborations, such as the RESIST Excellence Cluster in Hannover, in which Cicin-Sain works together with clinicians and epidemiologists, are on-going.

In stark contrast to CMV infections in healthy patients, CMV can be extremely harmful in certain populations. For example, a new CMV infection during pregnancy can become a serious problem for the unborn child. “Infants and young children may become infected with CMV at kindergarten and take the virus home. If the pregnant mother did not have CMV previously, she may now become infected and transmit the infection to the unborn child,” Brinkmann says. Approximately one per cent of all CMVnegative women become infected with CMV during pregnancy and about 30 per cent of the infections are transmitted to the unborn child, leading to symptoms in about one per cent of these children. The hearing of the unborn child may be damaged in some cases —this is one of the most frequent causes of hearing loss in infants, second only to Down syndrome. In rare cases, CMV infection of the infant may even be fatal. Strict hygiene, such as frequent hand washing and avoiding contact with urine or saliva, significantly reduces the likelihood of infection.

Immunocompromised individuals are also at risk due to CMV. To prevent organ transplant rejection or severe graft versus host disease after bone marrow transfer, transplant recipients require immunosuppressant drugs. However, these antirejection medications impair the ability of the immune system to control CMV, leading to a common post-transplant complication: CMV reactivation and its associated serious tissue damage. To specifically inhibit the infection at the source, one needs to know where in the body the viruses hide during latency. While CMV has been detected in blood and bone marrow cells, its hiding place has not been identified definitively yet. “There is evidence that CMV also resides in other cells in the body, including those in transplanted organs,” says Luka Cicin-Sain. While blood cells are relatively easy to obtain from a blood sample, it is not nearly as easy to obtain human liver or lung cells. Therefore, Cicin-Sain warns that latency in solid organs is underexplored. A cooperation with surgeons at the Hannover Medical School allows Cicin-Sain‘s research group to obtain tissue that was removed during surgeries and would otherwise be discarded. Cicin-Sain studies these samples to find the cells harbouring latent CMV. This may allow targeted and preventive treatment of infection, even before the virus becomes reactivated.

You can find further information about herpes viruses in our info centre.

“The extraordinary power of immune responses to CMV may also be a good thing, if they can be harnessed and redirected to make vaccines,” says Luka Cicin-Sain. Accordingly, he has established a consortium of scientists to develop CMV based vaccines. In cooperation with scientists at Freie Universität Berlin, the University of Veterinary Medicine Hannover, the German Primate Center, and the Croatian Universities in Zagreb and Rijeka, Cicin-Sain is testing the utility of CMV as a vaccine vector against other viruses. Some early success has been achieved in experiments with human papilloma virus, herpes simplex virus, and Ebola viruses. Current research targets influenza and hepatitis C.

Brinkmann’s insights into herpesvirus defence mechanisms may help to develop new antiviral therapies, for example drugs targeting specific viral proteins. “I want to understand Ronaldo better so that I can triumph over him,” jokes Brinkmann. The reason is simple: The better we understand herpesviruses, the better we can fight against them. Although she and colleagues worldwide have made great strides in recent years, with over 200 CMV proteins, the functions of most proteins are still not well understood and there is much to be discovered. 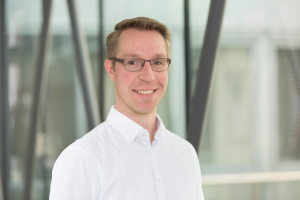