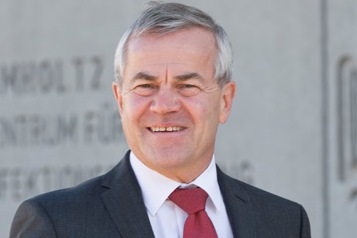 Rolf Hartmann, director of the "Drug Design and Optimization" department at the Helmholtz Institute for Pharmaceutical Research Saarland (HIPS) in Saarbrücken, received the Phoenix Pharmacy Science Award 2015 in Zurich on 29 October. The jury awarded him the prize for his innovative and outstanding scientific work in the field of Pharmaceutical Chemistry.

This prize is awarded annually in four different categories, each worth €10,000. The award is one of the most prestigious prizes in pharmacy in the German-speaking countries and has honoured the best scientific work in basic research in pharmacy for the past 20 years.

For more information on the award, please visit here

The Helmholtz Institute for Pharmaceutical Research Saarland (HIPS) is a branch of the Helmholtz Centre for Infection Research (HZI) in Braunschweig and the first publicly-funded research institute in Germany dedicated explicitly to pharmacy.